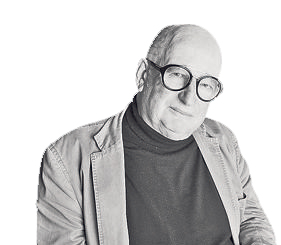 I ate my first curry in 1955. It was cooked by my mother, something that has seemed remarkable since I found out years later that The Good Food Guide published in that year listed only 13 Indian restaurants in the UK. The recipe for mum’s chicken curry was clearly not gleaned from an Indian restaurant. She told me, years later, it was given to her by a chef at a golf club where she had worked as a waitress. In a previous life he had been a stationmaster on the Indian railways. His concoction was not curry as we know it — the fabrication involved raw curry powder, as well as sultanas and a chopped apple and an orange. It was, essentially, a tarted-up béchamel, which I remember disliking intensely.

By 1990, the whole of Britain loved curry, and it was outselling traditional fish and chips on a two-to-one basis
and sustaining a restaurant industry employing 70,000 people, which is more than shipbuilding, coal mining and steel
combined.

Today, it seems we all have taken curry to our heart and while the bulk of restaurants remain solidly rooted in the hardy perennials, there are a few who have moved upmarket, offering food that is cooked and presented with panache and flair that is equivalent to that of other cuisines.

For my own part I am as curry-centric as ever. I cook them a lot at home, using individual spices like a painter uses his palette, constantly trying to assess what, to give examples, asafoetida, fenugreek, amchoor or tamarind can bring to a finished dish. When it comes to Indian restaurants, I am drawn to those that take this approach, rather than replicating the timeworn classics.

Veda, in Cabinteely village, is a restaurant in which I dined for the first time last week, accompanied by the Dark Lady of My Sonnets and the Frequent Traveller. It’s a homely place, with decor that gives an impressionistic view of India without resorting to brass nickknacks and flock wallpaper. We nibbled popadoms, anointed with chutneys and pickles, and sipped our omplimentary mango lassi, as we studied the menu. The carte does list the usual suspects, but at the bottom of the page, badged as “all-time favourites”. It is the bespoke dishes, listed as “from the kitchen” that catch the eye.

We shared three starters, of which my favourite was the kabuli kebab, a cousin of the more commonplace seekh kebab,
also listed. Lamb was minced and compressed to make a succulent roll, with cashew nuts, fresh ginger, garlic,
green chilli paste then chargrilled and served with dabs of sauce, tamarind, chilli and an onion, cucumber and tomato pickle. Another “got to make these at home” for me. 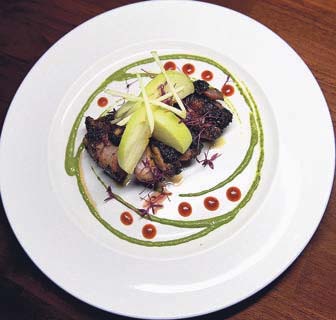 Aam ke prawn turned out to be firm and flavoursome king prawns with a fresh mango sauce. The DLOMS enjoyed the achari duck breast, a dish involving a long marination in a compound of yoghurt, ginger, garlic and mustard seeds.

The friendly manager, who introduced himself as “Vinnie”, assisted us with our choice of main courses. He outlined not only the constituents, but also the provenance and origins of dishes. I took the rane-sikandri, a shank of lamb marinated overnight in tandoori masala, then slow cooked with tomato paste, garam masala, yoghurt and cream, garnished with chopped fresh coriander. The menu gives a guide as to potency. 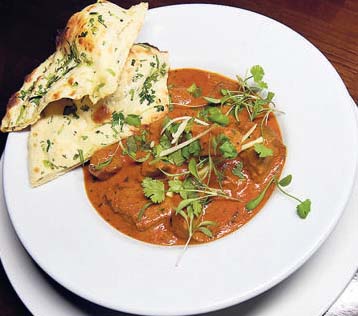 The DLOMS reckoned, after tasting the ran-el-sikandri, that the ratings were under-stated. I, with considerably more scoville tolerance, found it agreeable and delicious, mopping up every last vestige of sauce with the good nan bread. According to Vinnie, the dish originates with the Moguls, where it was cooked as a key element in an unstated obligation to host passing travellers. The DLOMS ordered palak gosht,

This website uses cookies to improve your experience while you navigate through the website. Out of these, the cookies that are categorized as necessary are stored on your browser as they are essential for the working of basic functionalities of the website. We also use third-party cookies that help us analyze and understand how you use this website. These cookies will be stored in your browser only with your consent. You also have the option to opt-out of these cookies. But opting out of some of these cookies may affect your browsing experience.
Necessary Always Enabled

Any cookies that may not be particularly necessary for the website to function and is used specifically to collect user personal data via analytics, ads, other embedded contents are termed as non-necessary cookies. It is mandatory to procure user consent prior to running these cookies on your website.